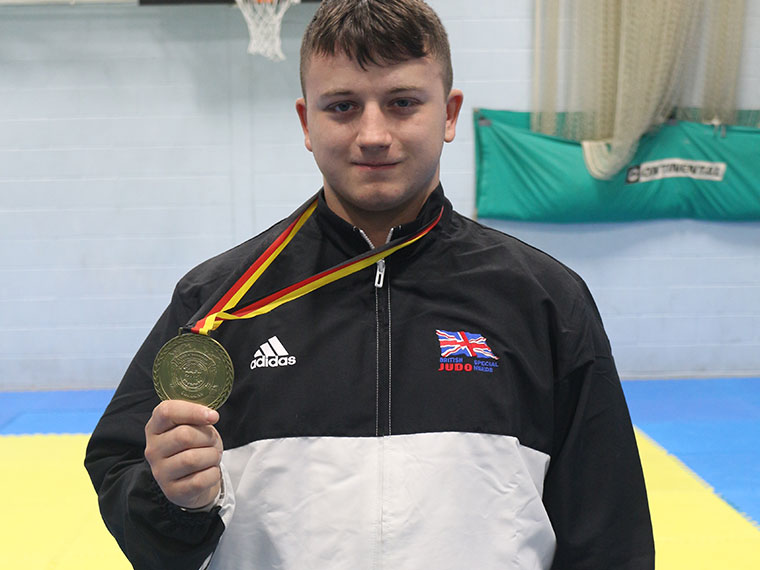 Michael started training in Judo four years ago, going to his first lesson after encouragement from his dad, Simon. Michael said, “My dad took me to the local club one night and at first I felt a little intimidated, but I was lucky enough to meet Ashley McKenzie, a Judo Commonwealth champion and his achievements inspired me to continue.”

Through training Michael has had the opportunity to meet a variety of peers who also have a love for the sport, as well as having the chance to train and compete for competitions around the world. Michael explained, “when you compete it’s the most amazing feeling – I also won two golds at a competition around 3 years ago and when you win, it just inspires you to try harder.”

“At the world championships the nerves were completely different, with more spectators and competitors the competition was an experience within itself. But when I won, I felt the whole crowd were all cheering for me – I could see my dad and coach cheering for me and the first thing I wanted to do was go to my dad, but with the crowd surrounding and congratulating me, I couldn’t get to him!”

After his outstanding achievement, Michael continues to train and compete for another upcoming competition in Holland in November, as well as his Dan grading in York where he will need to take part in two separate fights to progress to the next grade.