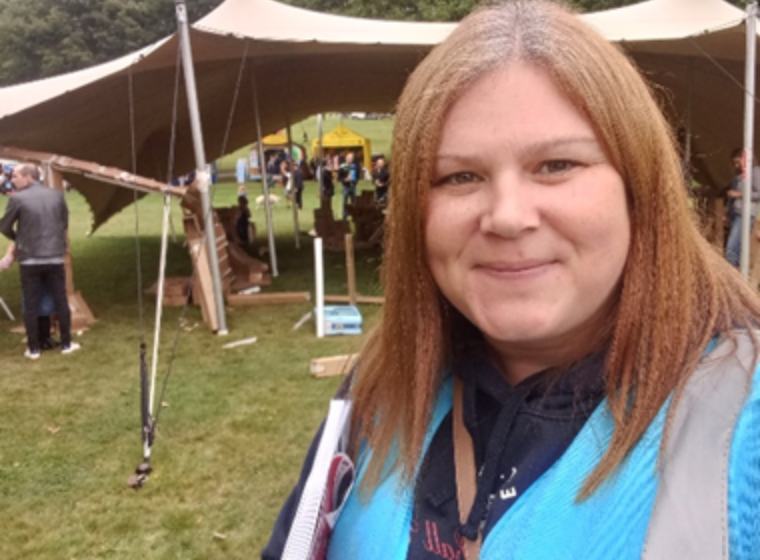 Good for Me, Good for FE Volunteer News

You may have seen our previous news story about the College joining the Good for Me, Good for FE campaign. The campaign, which officially launched on September 7th, aims to generate £1 million of social value via a sustainable programme of community action including volunteering, fundraising and charitable partnerships, and has already generated a lot of buzz and gained support from both staff and students across the RNN Group of Colleges including Dearne Valley College, North Notts College and Rotherham College.

To celebrate the start of the campaign, here are a few stories detailing the amazing volunteer work our staff have been doing.

A few of our staff volunteered their time to help out at this year’s Rotherham Show. Rotherham’s annual cultural festival, with music, circus shows and plenty of stalls selling everything from food to arts and crafts.

Head of Student Support and Safeguarding, Laura Reid volunteered at the show by staffing the Children Zone said: “I’ve always enjoyed the Rotherham Show and attended many times in previous years. When I found out about the Good for Me, Good for FE campaign, I thought the Rotherham Show would be the perfect opportunity for us to get involved.”

She continued: “I was based in the children’s zone which consisted of stalls including Rotherham Metropolitan Borough Council’s Libraries, Grimm and Co, Rotherham United, the Strong Lady show and other fantastic stands that were offering a range of free activities for children and families.

“My role was to welcome people as they entered the children’s area and let them know about all the exciting activities they could get involved in! I was also handing out maps of the show and answering questions about relevant areas such as the Circus and talking to people about their experience at the show.

“The feedback I received from visitors was extremely positive, especially when they talked about how much they had missed the event the previous year due to the pandemic, and how the changes to the layout made them feel much safer at the event.

“I covered the morning session, which was pleasantly busy and gave me the opportunity to volunteer alongside someone who works for RMBC which was good in terms of being able to network.”

Laura finished by saying: “I really enjoyed talking to people from our local communities and the kids loved playing with the bubbles.”

College Tutors Kim Coulthard and Jenny Bowker have also been helping out with the Good for Me, Good for FE campaign, through volunteering their time to help Street Friends.

Street Friends is a Worksop based charity dedicated to helping the homeless by handing out food and clothing to people living on the streets of Rotherham, Retford, and Worksop.

Talking about their volunteering, Kim said: “Over the summer we met with the ladies from Street Friends who give up every Saturday to feed the homeless. They distribute home-cooked meals to people who are homeless, all of which are prepared by members of the public. The charity relies on public donations, generated through charitable events.”

She continued: “I went out with these ladies last weekend, as did Jenny the weekend before. We were welcomed by over 30 homeless people, who waited patiently at the Trader Clock in Worksop and on Queens Street. They know that the team will turn up, rain or shine and give them what they need. One lady told me – This team save my life each week, I don’t know what I would do without them.”

Kim finished by saying: “It was so sad to hear young ladies asking for clean underwear and sanitary products… no one should be waiting around on a Saturday afternoon for these basic life necessities! It also broke my heart to see so many young people.”

Jenny and Kim have also asked if anyone would like to donate their time, or any fresh foods that can be donated, please get in touch and donate what you can to make a home-cooked, nutritious meal.