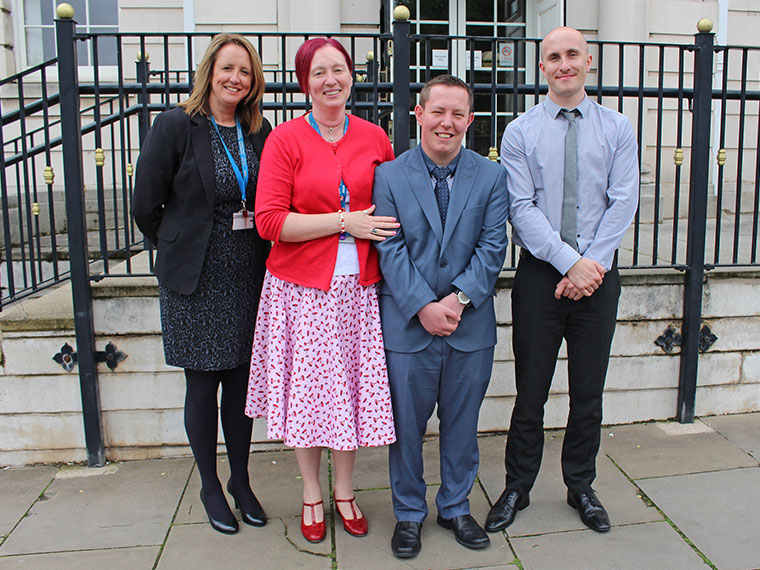 An Apprentice from Dearne Valley College is celebrating after receiving high praise and recognition for his achievements at a local awards initiative, which concluded in a special presentation at Rotherham Town Hall.

Jack Hopkinson, who is nearing the end of his Supporting Teaching and Learning in Schools Apprenticeship at Jump Primary School, was presented with a special ‘Runner-Up’ at the Rotherham Apprentice of the Year awards; an accolade that was only given after Jack narrowly missed out on the winner’s title.

The judges strongly believed that Jack’s achievements deserved acknowledgement at the event, which was hosted by the Rotherham Business Growth Board, the Rotherham Advertiser and other partners to recognise the fantastic achievements made by young people across the region. Entrants were nominated by their employer before being shortlisted to face an interview with a judges panel, which including representatives from the Rotherham Advertiser, the Business Growth Board, the National Apprenticeship Service and local business people, among others.

A spokesperson for Dearne Valley College said: “We are extremely proud of Jack, who has overcome barriers, and made huge strides in his Apprenticeship. He has brought many benefits to his employer, including using his passion for sport to help create links with sports clubs to open up opportunities for the school’s pupils, and has even helped the academy group to recruit another seven Apprentices; he is a fantastic role model for others who are considering the Apprenticeship route.

Following the awards, Jack plans to complete his Apprenticeship and is celebrating further after securing himself a full-time Teaching Assistant role with his Apprenticeship employer. Jack was also named Dearne Valley College’s Apprentice of the Year at their awards held in March of this year.