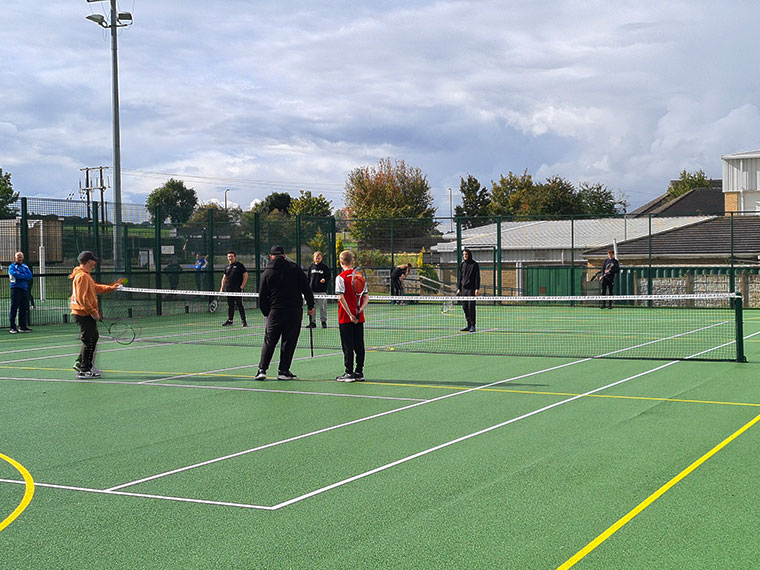 DVC Sports is a gym and fitness facility located on the grounds of Dearne Valley College. Open to staff and students, as well as the general public, the gym and sports hall are regularly used by the College students from curriculum areas such as Sport and Public Services.

The project was headed up by Shane Finney – DVC Sports Centre Manager, who has worked for DVC Sports for over 5 years. Shane has a wealth of knowledge and experience when it comes to working in the Sports and Fitness sector. Previous to managing DVC Sports, Shane has worked for local authorities and charitable trusts.

Talking about the project, Shane said: “The project has been ongoing for some time, discussions originally started way back in 2018. Unfortunately, things like Covid-19 have meant that the project had to be put back for some time. The area was actually condemned and labelled as unsafe to use from a health and safety point of view, so it means a lot to myself and to the College, that the MUGA has finally been refurbished so it can be used by both the students and the general public. It’s another sports area that DVC Sports and the College can now make use of.”

The project was partly funded by Sport England, which invests more than £250 million of National Lottery and public money annually to help people enjoy sport and take part in physical activity across the UK.

Shane went on to talk about the process of applying for funding from Sport England.

Shane said: “The process involved a lot of application forms and just explaining what it was we wanted to do here, in the hope of getting them interested and involved in the project. The project and application process originally started in 2018, we were granted funding in 2019, from there I had to put the project out to tender, which is a long process in itself.”

He continued: “Once we had found a contractor that Sport England were happy with, we had then had to agree to a schedule for the project to start and when it was expected to be completed.”

Shane then spoke about all the different ways the MUGA can be used, he said: “There’s a lot of different sports that can be played on the newly refurbished games area, activities such as Tennis, Netball, Football and other Training Sessions. It just extends what DVC Sports can offer both the students of the College, and the local community, so having an area that can accommodate a range of different is a real benefit to everyone.”

Shane ended by saying that the next step for DVC Sports is to get the message out to the local community that DVC Sports is here, and open to the public, with the end result being to increase membership to the facility.

To stay up to date with all the latest news and information or to book a gym session, visit www.dvcsports.co.uk