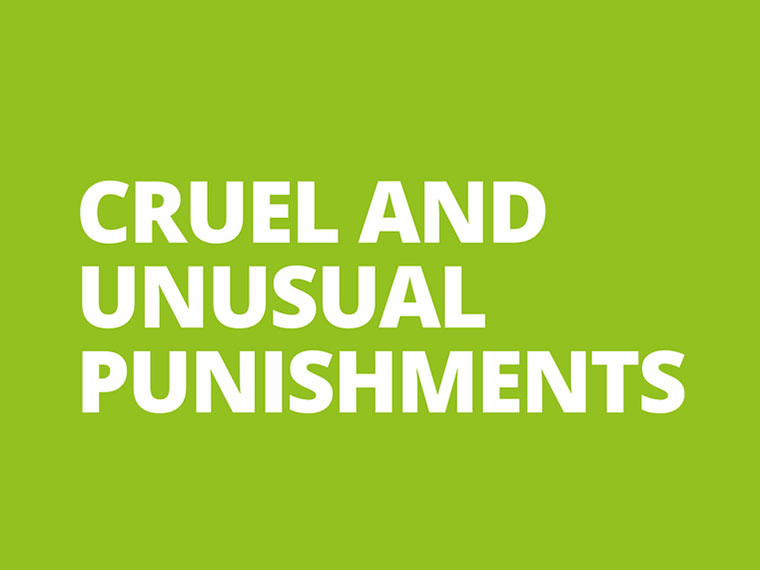 Throughout history, we’ve managed to conjure up some very questionable judicial systems and disturbingly creative punishments. Fair warning! This blog post is not for the faint-hearted, we won’t blame you if you decide to give this one a miss – you can find plenty of other top-notch blogs right here (don’t mind our shameless self-promotion).

Feeling brave eh? Continue at your own peril…

When you mention sketchy trials, the medieval era probably springs to mind. The Anglo-Saxons are infamous for their bizarre judicial practices, in particular how they determined an accused person’s guilt or innocence. Trial by ordeal was the back-up plan when the local jury were unable to reach a verdict themselves. There were three common types of ordeals; trial by hot iron, trial by hot water and trial by cold water.

Trial by hot water was usually dished out to men. The accused would have to retrieve a stone from a cauldron of hot water. The scalded hand was then bandaged and unwrapped three days later. The accused was found innocent if the burn was healing cleanly and guilty if it was festering. Surprisingly, this was not a difficult ordeal to pass as it wasn’t always boiling hot water that was used.

It wasn’t just the Anglo-Saxons with dubious ethics, the ancient Romans had their fair share. A particularly sketchy punishment was what was known as poena cullei. This was the standard penalty for killing your parents. The perpetrator would be sewn inside a sack with an assortment of animals including a dog, a monkey, a snake and a rooster. The sack would then be tossed into a body of water, leaving it up to potluck whether the culprit would be killed by the animals or drown.

Okay so this isn’t a nice one. While you may have heard of drawing and quartering, you may not realise what they actually entail. This penalty for treason was originally dished out in England in the 13th century up until 1867. The accused was tied to a horse and dragged to the gallows, here they would be hanged and sometimes disembowelled or even beheaded, depending on the severity of the crime. Afterwards the body would be torn into quarters, this would often involve tying each limb to a different horse and having them run in opposite directions – yikes.

Thankfully, you may or may not have noticed that things work a little differently in the UK nowadays but at one point the reliance on capital punishment escalated until there were no less than 220 crimes punishable by death, including “strong evidence of malice in a child aged 7-14 years of age”. In addition to this, more and more evidence was emerging all the time to suggest that some of the people who were executed did not in fact commit the crimes they were hanged for and to put it blunt, people had just had enough. The last execution in the UK took place in 1964 by hanging, prior to the death penalty being abolished for murder in 1965 (with Northern Ireland following in 1973). The death penalty did remain a legally defined punishment for offences such as treason until 1998.

There we have it folks, we hope we haven’t put you off your tea. As you’ve managed to make it this far – you might just be the right analytical mind for our Foundation Degree in Applied Justice and Social Science.