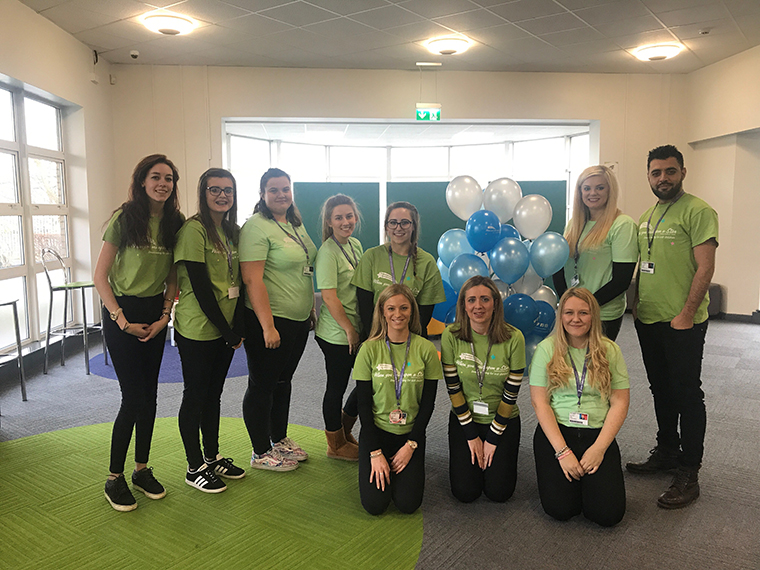 Level 5 Travel and Tourism students organised a charity fundraiser from scratch as part of a project for their course assessment. The fundraiser had a variety of activities for students and staff to get involved in including a giant Jenga and a buzz wire game, as well as a cake stall and a live band to play throughout the event. A raffle also took place offering some top prizes from a paintballing session worth £300 to Nando’s vouchers.

Emma Lidster is one of the nine students who organised the event. She said, “Overall it’s taken ten weeks to fully organise the fundraiser, and as a group we’ve all worked extremely well together which has made the whole process so much easier.

“The most difficult part was booking a band, as we were cancelled on a couple of times! But it’s been great to see how well it’s come together with the props and decorations, as well as it all being for such a great cause.”

The event has raised £137, which will be donated to Wish Upon a Star, a charity for children living with a life threatening illness.