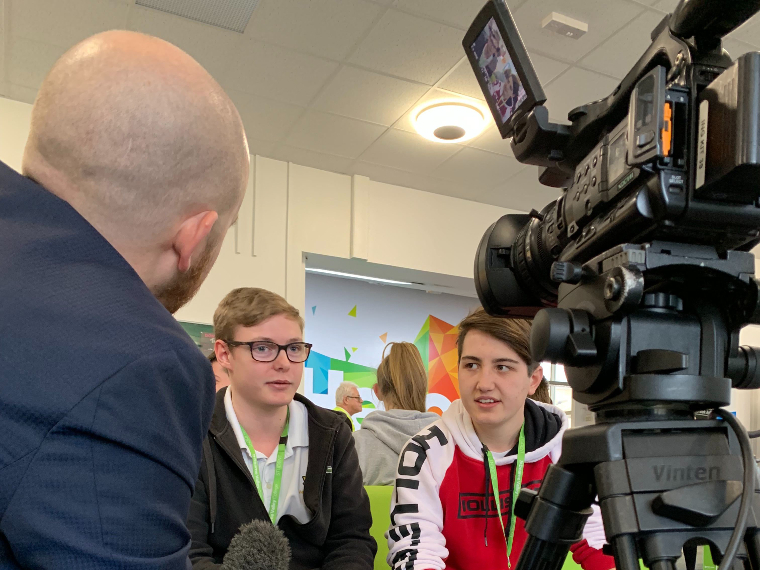 The regional television news station, ITV Calendar, recently paid students at Dearne Valley College a visit to gain an insight for their evening broadcast into just what young people think of the recent government decisions on Brexit and the impending withdrawal of the UK from the European Union (EU).

As Dearne Valley College students were too young to vote at the time of the referendum in 2016, ITV Calendar reporter questioned students on how they think leaving the EU will affect their futures and what they make of the current affairs to do with Brexit.

Over 30 students from a range of subject areas including Computing, Health and Social Care, Public Services and Sport felt they had a strong enough opinion on the hot topic to be interviewed by ITV and gave some insightful feedback into their understanding of what the future may hold for the UK now that time is running out to secure a deal with the EU.

“We need someone who is going to control what is happening; it is getting out of hand and it’s our generation that is going to suffer from these decision and I find that quite unfair.”

“I don’t think we have been told enough about Brexit to make an informed decision. We don’t know what it is actually like to not be in the EU so to leave really worries me.”

“I think the whole process of Britain leaving the EU was handled well at first, however I don’t think it’s going very well now as we don’t have a deal secured.”

“I think there should be a second referendum; the result would be different this time and people would understand the outcomes of their votes better.”

The report aired on Wednesday 16th January 2019 on ITV Calendar at 6pm.