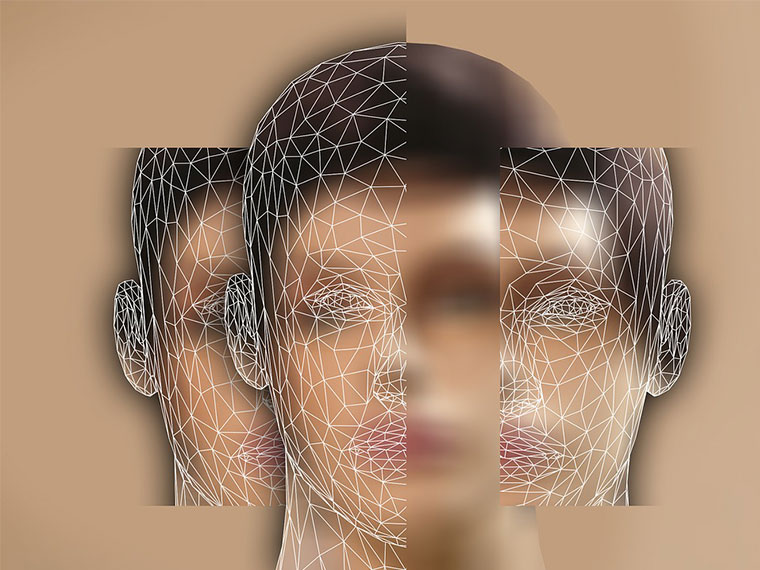 In a world where the media commenting on the latest celebrity to undergo cosmetic surgery is trending across social media platforms every other day and selling a t-Shirt with a hidden designer label for £50 is not considered as unreasonable (preach Macklemore), I think it’s fair to say that as a race we’re pretty obsessed with our appearances.

Even in recent years there have been some peculiar trends (to say the least) which have faded in and out of fashion, accompanied by decisions to go under the knife for some uh pretty interesting body modifications. But have you ever wondered how we could look in 1,000 years from now, how about 100,000 years? With looming factors such as scientific advancements, genetic mutations (basically any one of us could be approached by Charles Xavier), and climate change, it’s expected that humans will look rather different in the future.

Most people are convinced that advancements in technology will be one of the major guilty parties in impacting how we will look. Fingers are being pointed towards breakthroughs in practices such as IVF. In vitro fertilisation, the process of fertilising an egg outside of the body, can be a silver lining for couples who are facing complications while trying to conceive. Scientific progression in the practice has enabled doctors to spot eggs which will make the baby more prone to inherit a genetic disorder. For anyone aware of conditions such as cystic fibrosis, you can appreciate how remarkable this discovery is. However the controversy has arisen due to Doctors now having the ability to pick and choose factors like the baby’s gender, hair colour and eye colour as well. This could enable parents to potentially ‘design’ their child, opting for more desirable qualities so that less favourable qualities could disappear completely and everyone would be a little less unique (not gonna lie I would totally go for a blue kid if I could, although I don’t think it works quite like that).

YouTube content creators, ASAPScience, have discussed the possibility that in 1,000 years nanobots could be integrated into our bodies in order to enhance our abilities (although I have a bad feeling about this, it sounds like the premise to an episode of Black Mirror). But I won’t step on their toes anymore, if you would like to learn more about this theory and further explanation behind the concept of designer babies you can do so by following this link.

Genetic mutations in humans are not exclusive to the movies. But what if I told you that some of these mutations popping up were making their barer almost superhuman? It isn’t out of the question that these recorded occurrences could make a much more frequent appearance in the next few millennium or so. LRP5 is the name given to the gene which controls your body’s bone density. Brittle and fragile bones, otherwise known as osteoporosis, are down to mutations in the low-density lipoprotein receptor-related protein 5 (dear me that was quite the mouthful, let’s just stick to LRP5) gene and in rare cases the gene can cause bones to become extremely dense and even unbreakable. As with all good things however it’s not all fun and games, people with this mutation often experience uncomfortable bony growths on the roof of their mouths.

Despite the negative connotations attached to their name, red heads are in fact pretty darn badass (be careful the next time you tell a redhead they have no soul). Scientific research has proven that people with red hair have a higher tolerance for pain than the average muggle (Extra Hot on the PERi-ometer is no match for them). Red hair is produced from a variation of the MCR1 gene which causes the super tolerance and is also responsible for the lack of melanin production, the culprit for their pale skin pigment.

You may be shocked to learn that altering certain genes in your body can equip you with immense strength. No longer will we have to commit to that gym membership which seemed like a good idea to splash out on back in the New Year. Your muscle cells produce proteins, myostatin and activin A, to limit the number of your muscle cells and prevent excessive muscle growth. Although it sounds like something ripped straight out of a comic book, some people have a genetic disorder which prevents their cells from secreting the proteins thus their muscles grow extraordinarily large in size and enhance their strength without having to feel the burn. But remember with great power comes great responsibility n’ all that.

We’re all conscious of global warming (well maybe not all…) but what role will it play on our physical appearances? Well any Kylie Jenner fans amongst you will be happy to learn that with the increase in temperature, humans will develop thicker lips (hopefully that’ll put an end to silly challenges). This is to create a larger surface area to aid the evaporation of moisture and to help us cool down. For the same reason, there is a high chance that our bodies will become much taller and slenderer (that doesn’t look like it should be a real word). In response to the rise in temperature, everyone will eventually have darker skin to handle the harmful effects of excessive UV rays. (please be aware that the next fact may cause distress to some readers) Exposure to more deleterious rays from the sun will dehydrate our hair, forcing it to lose its oily coating, so no longer will hair be happy and shiny. But look on the bright side, we might be able to get away with not washing our hair for two weeks on end.

Pretty fascinating eh? Well if you think that’s great then our Health and Social Care courses will be right up your street, click here to learn more.