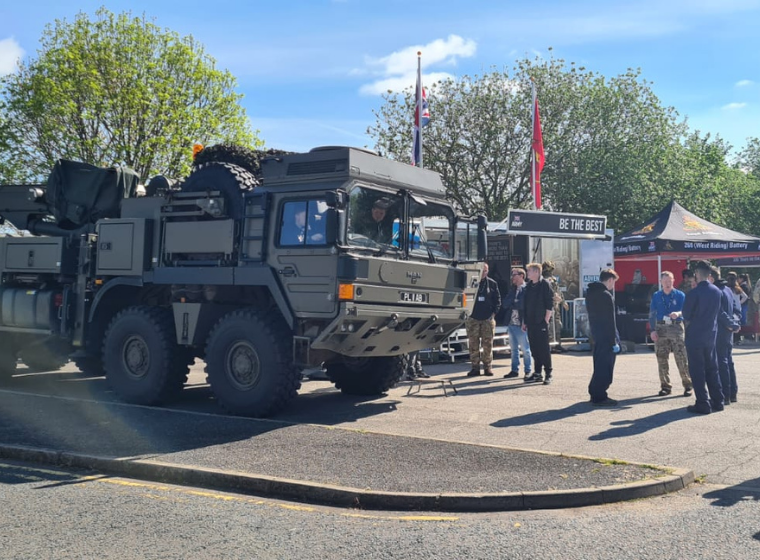 Tom said: “We wanted to show the students all that we have to offer, including a whole spectrum of different areas such as Royal Electrical and Mechanical Engineers (known as REME) which is exactly what it sounds like, mechanical engineers, so when something breaks, its their job to repair it.”

Tom then went on to detail all the other teams that were on site, including Artillery and Front-Line Infantry, who, depending on what they’re working on, can be carrying a minimum of 40kg of equipment at any one time. As well as Engineering, whose primary role is to build and repair bridges and infrastructure, so would be good for those students interested in, or currently studying Construction.

Tom then spoke about how he got his start in the forces.

He said: “I used to work 9 to 5 as a Lawyer, but as my professional life started to settle down, I found myself with a lot more leisure time, a friend of mine told me about the reserves, you get paid and discover a lot more new and exciting opportunities, so I did. I quickly found that my overall fitness improved too as being a Lawyer, I led quite a sedentary life style. I enjoyed it so much, I now do this fulltime.”

Finally, Tom was keen to stress that a career in the Armed Forces isn’t just for those who are studying Public Services at the College, and how it could be the right choice for anyone with the right skillset and attitude.