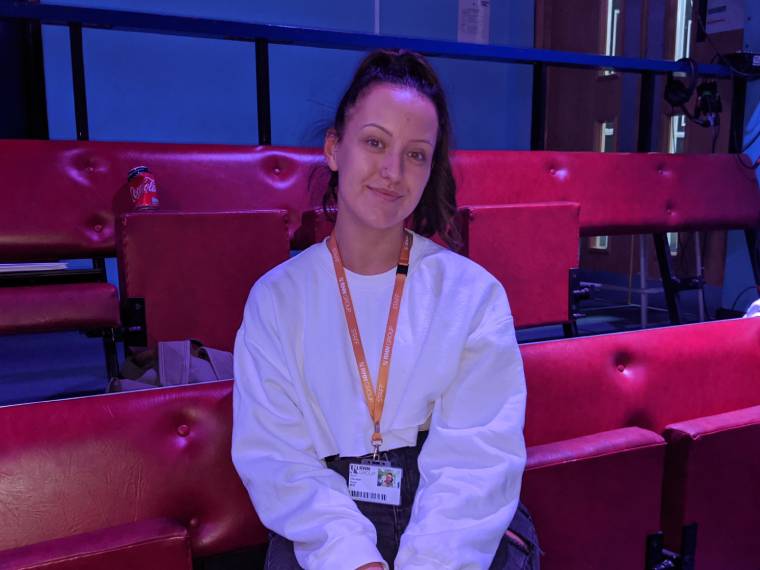 Dance tutor and performer Ellie-Mae Royal first found her feet at Rotherham College on the Performing Arts Dance course. Ellie-Mae has since completed a degree in Theatre, Acting and Performance at University Centre Rotherham (UCR) where she is currently studying for a PGCE (Teacher Training qualification).

Ellie-Mae explained: “Before College, I was quite nervous and quiet but when I came to Rotherham College to study dance it opened doors to so many different things. I learnt how to perform and act through dancing; it was eye-opening. People have said to me that I’m a totally different person since going to College because I’m so much more confident now.  In the first year, we did a show called Cabaret and then in the second year, we did more variety shows. I’d love to go back and do it all again – it was so fun.

“After completing the course, I was deciding whether I wanted to go to university, but I didn’t really want to move away from home; I had my job and family here. I applied for the BA (Hons) Theatre, Acting and Performance course at The Hub (before UCR was built), auditioned and was accepted. I studied for three years and then I decided I wanted to become a teacher. I chose to study a PGCE for Further and Higher Education at UCR this year.

“Before College, I was quite nervous and quiet but when I came to Rotherham College to study dance it opened doors to so many different things. I learnt how to perform and act through dancing; it was eye-opening.”

The hands-on course at UCR allows Ellie-Mae to combine her love of both performance and teaching with a placement at Rotherham College in the Performing Arts department.

Speaking of adapting from performing to teaching Ellie-Mae said:

“I’m so used to being on the stage side, so it’s been very different this year watching the learners, but having both sides of the experience has been invaluable. It helps me provide notes, because I’ve been there and I know what feedback to give to help the learners progress.

“As well as studying and teaching as part of the PGCE I’m also part of a dance school called Parker Knight School of Dance where I teach and perform. We do a show at the Civic Theatre in Rotherham each July.

“Performing on cruise ships is something I still want to do, but teaching is my end goal. I want to open my own dance school in the future, so I thought I’d get my teaching qualification now and then I don’t have to worry about it in later life: I can get this qualification, go on to perform and then worry about opening my own school later.

“If anyone was considering studying Performing Arts at Rotherham College I would say just go for it because it’s probably the best two years you’ll have.”

In this section Case Studies